Here is a piece from the BBC web site:
http://www.bbc.co.uk/news/business-23065510
---- This is a report of George Osborne’s Financial statement of Wednesday 26th June. 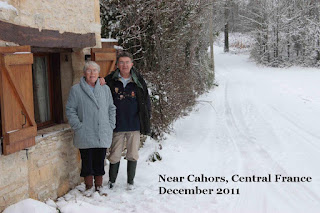 “Expats who live in seven warm European countries will lose their winter fuel payments under a "temperature test" announced by the chancellor.
George Osborne said that the payment would be withdrawn from people living in warmer countries from autumn 2015.  This will affect those living in a European country with an average winter temperature higher than the UK.
The move would save the Treasury about £30m, the Spending Review documents revealed.
Expats in seven countries will lose the payment. They are: Cyprus, France, Gibraltar, Greece, Malta, Portugal and Spain.”   [Odd- Where is Italy?]

George Osborne actual spoken words were.
“EU law now says that people living in the European Economic Area can claim Winter Fuel Payments from us even if they didn’t get it before they left the UK. Paying out even more money to people from all nationalities who may have worked in this country years ago but no longer live here is not a fair use of the nation’s cash. So from the autumn of 2015, we will link the Winter Fuel Payment to a temperature test. People in hot countries will no longer get it.“

The misinformed, misleading, nature of Osborne’s phrases are disgraceful.  He has chosen loaded words which are meant to colour the thoughts of the listener so that the listener is made to understand something other than the truth. The most famous propagandist of the last century said “The point of a political speech is to persuade people of what we think is right.”  This is not truth, the whole truth, but it is ‘propaganda’.
Read and note…..
‘people from all nationalities’.  The overwhelming majority of recipients of the Winter Fuel Payment in Europe, are like myself, British people descended from generations of British, indeed in my case, English people. This phrase is used to suggest that the money is not going to British people. Would he have dared say ‘British Citizens’
‘who may have worked in this country’  They receive a State pension, thus they most certainly worked in Britain.  The word ‘may’ is used to imply a sense of idleness. Would he have dared  omit the word ‘may’?
‘Is not a fair use of the nation’s cash’  Why is it not?
‘In hot countries’.  The word ‘hot’ suggests what? Searing temperatures all the year round?   It is an exaggeration and suggests to the listener exceedingly warm all the year round. Which of course is George Osborne’s intention. Would he have dared say ‘the southern countries of the EU?’
He desires the resident population of Britain, especially those who are readers of The Mail and The Sun to believe that what he says is the truth.
The BBC web site says that the Climatological Unit at Norwich compiled figures to show that the 7 countries are warmer in winter than SW England.  Tell that to the expatriates in  Brittany, or in The Auvergne, and the towns of the Spanish hinterland or of Italy. OK! The Azores, and Majorca are warmer.  But there is not a scrap of difference between Lille (France) and Tournai (Belgium), just 20 km to the east.
The continental climate is characterised by hot summers and cold winters.

True - the Winter Fuel payment is a stupid payment - but it should be administered equably everywhere. My opinion is that it should be incorporated into the State Pension but paid as an increase to the regular monthly payments in December (incorporating the equally bizarre £10 Christmas bonus!) and also making the whole taxable.  In that manner the better-off would lose some of it.

You may find an item written one year ago stimulating! It concerns the neglect of the citizens in France in the 19th century, but it still resonates today.
http://pensionersdebout.blogspot.com/2012/02/i-accuse.html

FINALLY – Is it not apparent that a certain dictatorial element lies in the thoughts of the party-body-politic in Britain.  The expatriate has no vote. Antipathy is raised against the expatriate  in Parliament, and in the press.
We have no effective vote. Is it not time that we had a political voice?
If you have not already done so, send a Statement of Evidence to the Parliamentary Committee which one sincerely hopes is seriously considering the Representation of  Overseas electorate………….
Send to Jonathan Blades at the Palace of Westminster
jonathan.r.blades@gmail.com